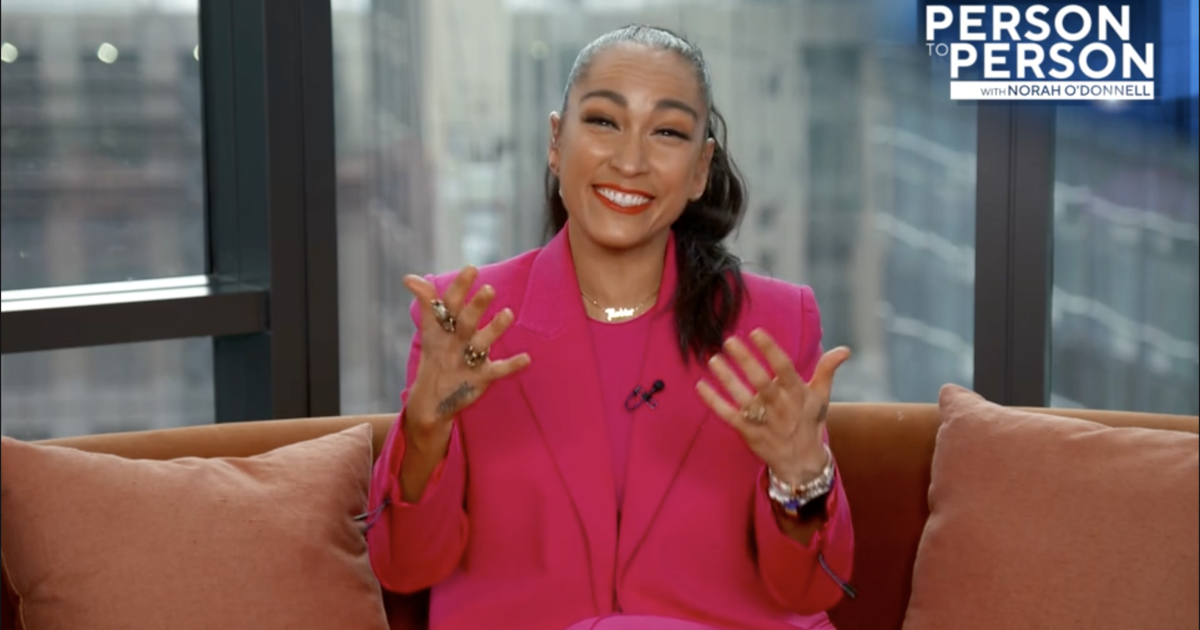 “Person to Person” airs Tuesday at 10:30 p.m. ET on CBS News streaming. Download the CBS News app on your cellphone or connected TV to watch live or on-demand.

Today, Robin Arzón is the fitness superstar millions of people around the world turn to for inspirational workouts. She’s an ultramarathoner, Peloton’s head instructor, and her name is practically synonymous with a spin bike. But in a revealing new episode of “Person to Person with Norah O’Donnell,” Arzón says she wasn’t always an athlete.

“We become the stories that we tell ourselves, and I told myself the story that I wasn’t an athlete,” she says. “I was the straight-A student. I was the arts and crafts kid. And it really, you know, was nerve-wracking for me to go to gym class.”

So, how did she go from a kid who dreaded gym class to one of the most popular fitness instructors in the world?

One block at a time.

“I always say, just start with one,” Arzón tells CBS News in the wide-ranging interview. “It’s one step. It’s one class. I would say one mile, but I don’t even think it’s one mile. It’s one block. I literally started with one block. And that one block — with enough commitment, consistency, determination, and passion — turned into marathons and ultramarathons.”

Arzón always stresses, however, that no physical victory is achievable without putting in the complementary mental work — that mind and body are inextricably connected.

“If you played your thoughts on a loudspeaker, would you be proud of them?” she says. “Would they be kind? And would they be powerful? Would you speak to a loved one the way you’re speaking to yourself right now?”

She says the conversation between your ears is the most important one you’ll have all day.

“Our capacity for every achievement, big and small, begins with how we’re feeling in our own skin. And movement is something that we all have access to.”

Christina Capatides is CBS News’ Vice President of Social Media and Trending Content. She is also a senior producer and reporter, focusing on culture and gender equity.