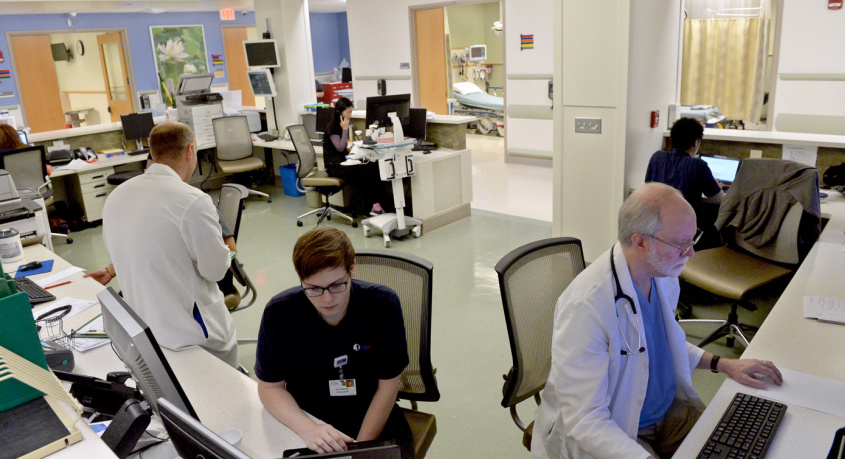 SCHENECTADY — On March 22, 1893, both of Schenectady’s daily newspapers, the Evening Star and the Daily Union, trumpeted the arrival of a new medical facility that would be called Ellis Hospital.

Located on Jay Street in downtown, the new structure was “one of the finest public buildings in Schenectady,” according to the Star, while the Union heralded it as “a monument to generosity and an ornament to the city.”

While that building is no longer there — Ellis Hospital moved to its current home at the corner of Nott Street and Rosa Road 116 years ago — the institution itself and its many satellite facilities continue to endure, offering quality health care to Schenectady County residents as well as those living throughout the Capital Region. And all of that, according to Ellis Medicine CEO Paul Milton, is not going to change regardless of just how a proposed merger with St. Peter’s Health Partners in Albany might impact the place. Milton, in fact, is convinced that if the current two-year management agreement with St. Peter’s is expanded into a full merger, the quality of health care for Ellis patients will only get better.

“I think with the way health care is changing, it’s very important for hospitals to be a part of something bigger,” said Milton, who began working as an administrator at Ellis in 2008 before being named CEO in 2016. “For us to be able to continue to recruit and retain the best physicians, we need to take care of this community, we need to be a part of something bigger. St. Peter’s is a good fit for Ellis. It’s a better way to serve this community.”

According to the state Department of Health website, Ellis Hospital alone has roughly 350 beds these days. That’s a far cry from the 60 scraped together back in 1906 when the downtown facility — now the site of City Hall — was closed and the new site opened on Nott Street in an area outside the actual city called Corlaer Heights. It was Charles Duryee and the Schenectady Medical Society — made up of two dozen or so physicians in the city — who made the move toward a hospital possible back in 1885 when the Schenectady Free Dispensary was created at Union Street in the Stockade neighborhood.

“The impetus for the hospital was mainly railroad accidents,” said Dr. James Strosberg, an author of two books on Schenectady’s medical history and a past chief of medicine at Ellis. “Schenectady surgeons located their office near the railroad tracks. Operations were done in patients’ homes or doctors’ offices or at the site of the injury.”

When George Westinghouse Jr. created the air brake while living in Schenectady, rail travel became much safer over the second half of the 19th century. Schenectady, however, was about to undergo a population boom with the emergence of the General Electric Co. and the American Locomotive Co., two huge manufacturers that catapulted the city’s population from around 15,000 in 1885 to more than 90,000 some 40 years later. The town that would soon become known as the “City that Lights and Hauls the World” needed much more than a simple alms house to handle the poor. The dispensary, too, quickly was overwhelmed, and in 1893 the Ellis family donated $25,000 to build a newer and bigger structure to serve as a city hospital.

“Before the dispensary was opened, rich people were treated at home, and doctors might go to the Alms House on Paige Street to see poor patients and transients,” said Strosberg, who in 2020 published “Schenectady’s Battle Against Contagious Disease” with his brother, Martin Strosberg. “Ellis was created in 1893 when the family gave a $25,000 gift in memory of John Ellis, and then General Electric and ALCO donated most of the money to operate the hospital and supplied most of the patients. The care was free to all who could not afford this. At one time, the Medical Society complained about this and wanted to change the policy, but the society backed down after GE and ALCO threatened to withdraw their funding.”

Along with the city, Ellis Hospital grew by leaps and bounds. Just two years after the move to Nott Street and Rosa Road, a 40-bed wing was added, and then in 1915 another wing with 75 beds was built. The hospital’s pathological laboratory was established in 1917, and two decades later, just before the start of World War II, a three-story wing also went up, creating a new skyline for the city. There were more major expansions in 1959, 1965, 1972 and 1977, and in 1980 the facility’s MacDonald Oncology Unit was created.

Open-heart surgery was first performed at Ellis in 1991, and the Bruggeman Center for Diagnosis and Treatment was established in 1998. The Golub Center for Emergency Services was formed in 2002, followed soon by the Beulah T. Hinkle Intensive Care Unit in 2006 in yet another new part of the building, the E Wing, in 2006. And in 2008, Ellis Hospital became Ellis Medicine when Bellevue Woman’s Hospital and St. Clare’s Hospital came under the Ellis umbrella.

As of late, the addition last September of a Roswell Park Comprehensive Care Center, offering cutting-edge cancer care, is another example of Ellis’ march forward.

“It’s part of the national cancer institute and it’s the only one in upstate New York, so I feel very proud about that,” said Milton. “Cancer patients in the Schenectady area have access to a wonderful resource, the best. It’s great for our community.”

Milton also said that the commitment to the community Ellis has demonstrated for more than a century, and how that community feels about the hospital, were demonstrated in June of 2017 when a new building at 1023 State St. was built to house a mental health care facility. Just last year that center added a special children’s unit to the site.
“Something I’m particularly proud of is our work in the mental health community,” he said. “We built that building and then added a children’s unit to it, so we’re very committed to that aspect of health care. And what’s great about that is that the State Street site was fully funded by the philanthropy of people in the Schenectady area. That says a lot about or donors in this community.”

As for the Ellis Medicine workforce, in particular physicians, nurses and technical support, the group has risen to the occasion since March of 2020 to deal with the COVID-19 pandemic.

“First and foremost, our front-line staff were very, very brave,” he said. “They have really lived up to the values of their profession. To take care of COVID patients here, it becomes an emotional thing. Everyone recognized during the early part of the pandemic how everyone, primarily the nurses, were really heroes. They really took care of our COVID patients and I think the community can be very proud of that.”

Rodelin Sumiran, a nurse in the intensive care unit, said COVID issues have made a tough job even tougher, but he’s convinced he and his colleagues did the best they could.

“Nothing is perfect, and we’re not going to make everyone totally happy, but I’m proud to say that during this time of the pandemic, in the midst of some early failures and uncertainty, we were able to pull together and get through it,” said Sumiran, who came to Ellis with his wife and family from the Philippines seven years ago. “It shows how resilient our team was. We were all very supportive of each other and that’s how we got through the worst of it.”
Sumiran has been a nurse for 18 years and looks at his time at Ellis as a tremendous learning experience.

“Ellis has brought out the best in me and helped me find my passion, which is working in intensive care,” he said. “That’s what I wanted to do with my long career and I’m very thankful for it. I’m so grateful to the team here. It might sound like a cliché, but I think all of the nurses here try to stay true to our work. It brings out our heart and our passion. We take care of our patients and ourselves the best we can.”

For Milton, the idea of working with others and building partnerships is a special element of the health care world, at least in upstate New York, that makes things so much better for the community Ellis serves. That spirit was alive in 1777 when George Washington decided his Continental Army should be inoculated for smallpox at a temporary site in Schenectady soon after the Battles of Saratoga during the American Revolution. Schenectady also responded to an urgent need when it created a small hospital to deal with the 1834 cholera pandemic, and the community also acted quickly to build temporary hospitals for the diptheria outbreak in 1902 and the tuberculosis crisis in 1909.
So, too, the response to COVID-19 was quick.

“In the early days of the pandemic I was making calls to the other hospitals in our region on a daily basis, and now we’re still making weekly calls and having conversations with each other,” said Milton. “We are marching in lockstep to make sure everyone in this area is taken care of, and that includes Albany Med, St. Peter’s, Saratoga, Columbia, Memorial, St. Mary’s in Amsterdam and others. The community is very fortunate to have all the hospitals in this area working together as a team during this COVID time.”

The spirit of collaboration guided Milton when he helped bring Bellevue and St. Clare’s into the Ellis fold soon after arriving in Schenectady in 2008.

“The whole model of coming together with St. Clare’s and Bellevue 14 years ago was to be able to take care of the community better,” Milton said. “I think that has worked out very well. Now our partnership with St. Peter’s will continue to take us in a positive direction over the next few decades.”

More from The Daily Gazette: 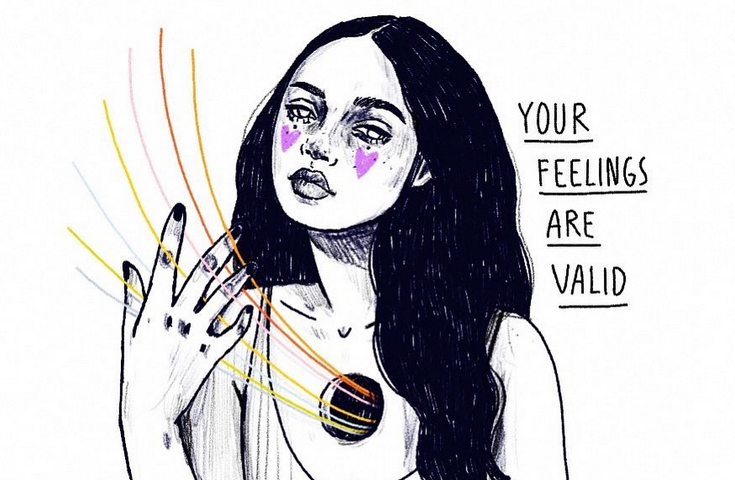 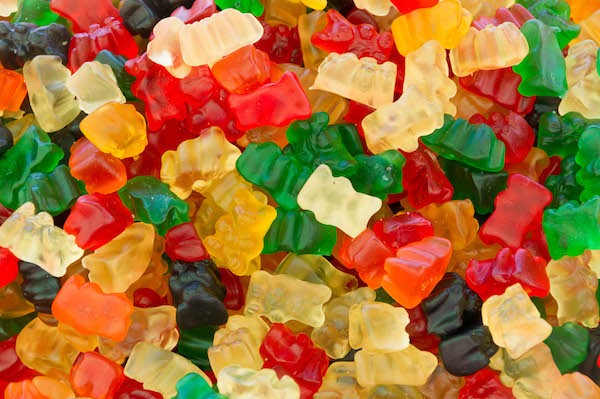